Using, learning, programming and modding the Gigatron and anything related.
Forum rules
Be nice. No drama.
Post Reply
4 posts • Page 1 of 1

2. Is interactive:
- Shifts the screen when a button is pressed, restores when released
- Changes line color when this button is an arrow button

4. Is as small as possible
- Occupies 6 bytes of RAM (3 vCPU instructions)
- Loads at a non-intrusive memory location 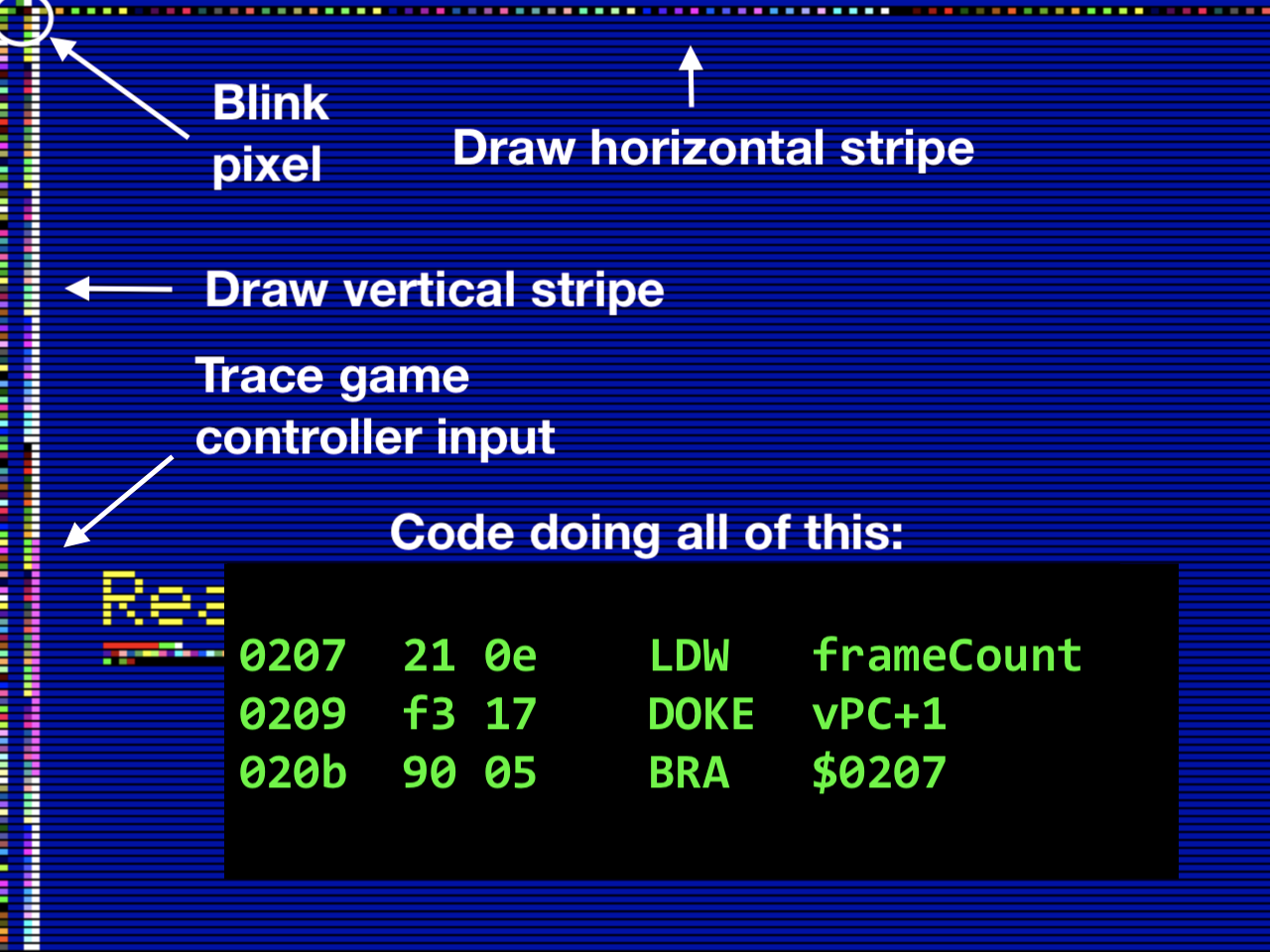 
Believe it or not, there's actually an application for this: to provide some kind of defined behaviour in case a GT1 file is loaded on a Gigatron with an older ROM than required. You don't want it to crash when using functions that aren't present. But you still want it to behave in a manner that's identifiable. The GT1 file itself is responsible, because the Loader wouldn't know any better. So it must be as small as possible(*). A bit silly? Oh sure!

Details on the workings in the comments of Smallest.gcl.


(*) I guess it's a bit akin to the message "This program cannot be run in DOS mode" present in Windows executables. Same idea, but smaller.

Because of the comment in Smallest.gc1 that mentions disturbing the shift-table I started looking for other similar, small programs. So far I found one that is one byte larger:

In the WozMon monitor you could enter it this way:

It will set the first video line to the zero page where you can see all kinds of variables changing while the native CPU loop is running. It even shows the 480px vertical resolution in some places.

Since these instructions don't depend on their own location they could also be inserted anywhere else where a program might want to stop its execution and signal that to the user.
Top

It even shows the 480px vertical resolution in some places.

I never noted these subpixels before, and it took me a minute to figure out why they become visible. Very cool!
Top

Thanks for the correction, I still have got a lot to learn about the vCPU and the Gigatron in general.

The function that got placed by Main into page $0500 probably hid my mistake.
Top
Post Reply
4 posts • Page 1 of 1