by marcelk
Today we gained two more BASICs... One new, one (very) old. 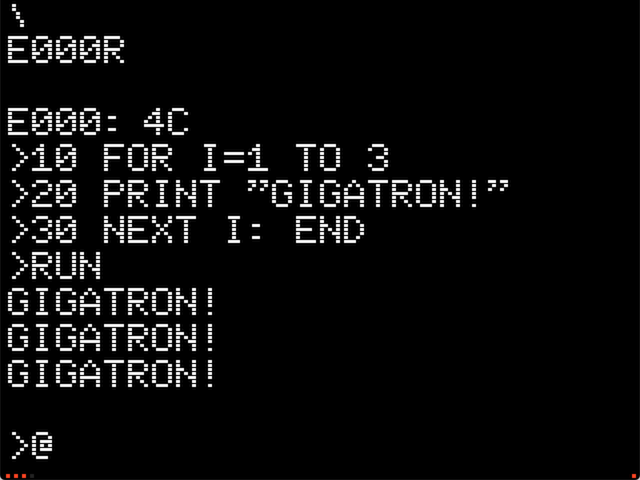 
For now it sits in the main menu of dev.rom, but it's also available as a precompiled GT1 file that should run on stock ROM v4. As usual, there probably still are some quirks. A nice quirk is that it gives the appearance to run faster than on the original machine, despite our v6502 running up to 6 times slower than a physical MOS 6502 processor. That is because the original Apple-1 hardware could send out only 60 characters per second. The Gigatron emulation didn't inherit this restriction (yet).
All times are UTC
Page 1 of 1
Powered by phpBB® Forum Software © phpBB Limited
https://www.phpbb.com/