Using, learning, programming and modding the Gigatron and anything related.
Forum rules
Be nice. No drama.
Post Reply
14 posts

Fist steps with Gigatron programming with LCC.
At some point this or other version of this code draw some waves.
Now it's stuck on giving floating point overflow.
The compiler doesn't warn it, but gtsim and actual Gigatron report that.
Any idea what to fix?

This is optimized now for Gigatron 26x15 screen. Seems to be working now that I don't do all iterations.
I was curious how this runs at x86-pc with virtual ubuntu linux. I compiled with gcc and executable runs very fast compared actual gt1. Current speed is one screen in 2hrs.

Glcc by default compiles for romv5a. Command glcc -info tells you exactly what is selected.

The runtime by default generates an exception on overflow. This is because the MS floating point format does not support nans or infinities. From your message it is not clear to me whether the floating exception arises because a floating point calculation is incorrect or because this is a genuine overflow.

* In the case of a genuine overflow, you could use signal(SIGFPE, SIG_IGN) to ignore the overflow. The overflowing code will simply return HUGE_VAR which will exceeed the threshold anyway. Alternatively you can define your own signal handler and set an overflow flag that you can test later. Whatever the signal handler returns (assuming it returns a float) will be returned by the overflowing instruction (see https://github.com/lb3361/gigatron-lcc/ ... STsignal.c for examples involving division by zero with ints and longs).

* On the other hand, if this arises because the runtime compiles something incorrect, then I have to investigate why. Can you send me a code that triggers the exception (the one above does not).

A x86 processor, even a virtual one, is considerably faster than the Gigatron. In addition the GLCC floating point is entirely written in software (vCPUs ource code at https://github.com/lb3361/gigatron-lcc/ ... me/rt_fp.s). In contrast, a modern x86 has this in hardware with a rather efficient pipeline.
Top

The problem with floating point overflow was caused by programming error. In the screen there should be put one character per "pixel'. I didn't exit the loop and put out all iterations on the screen.

Currently what I get from the program is far from fractal. Maybe some mistake mixing complex math with regular?
Top

Little bit better if I put

It seems to zoom out and the empty gap is minimized. It takes a couple of minutes to draw a screen. I doubt that the equations are correct, because it doesn't look like the picture 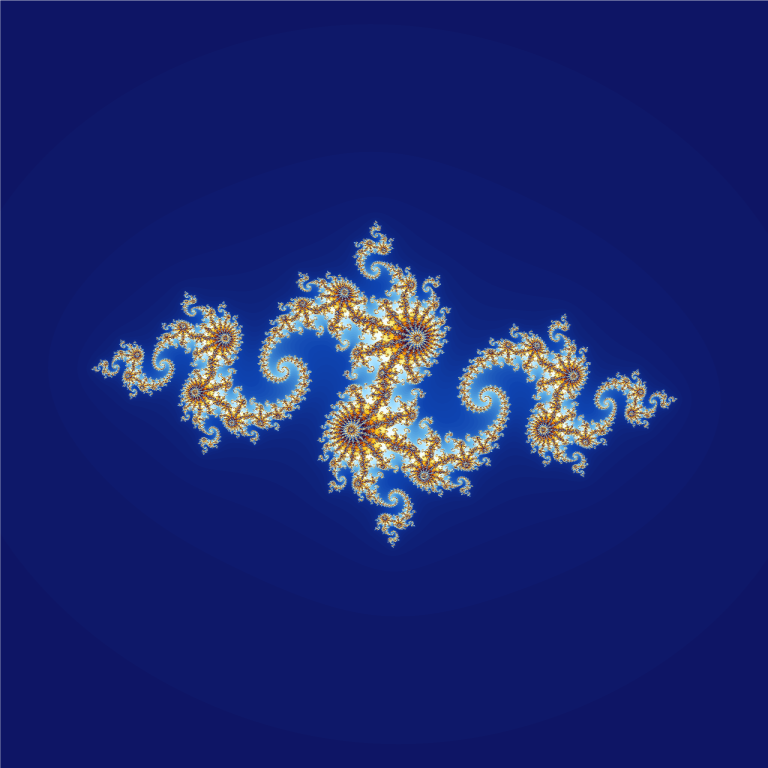 I doubt the resolution (26x15) of Gigatron allows this julia to be shown. I first need it to get working on bigger screen/terminal (132x43). Here is what I tried with linux. 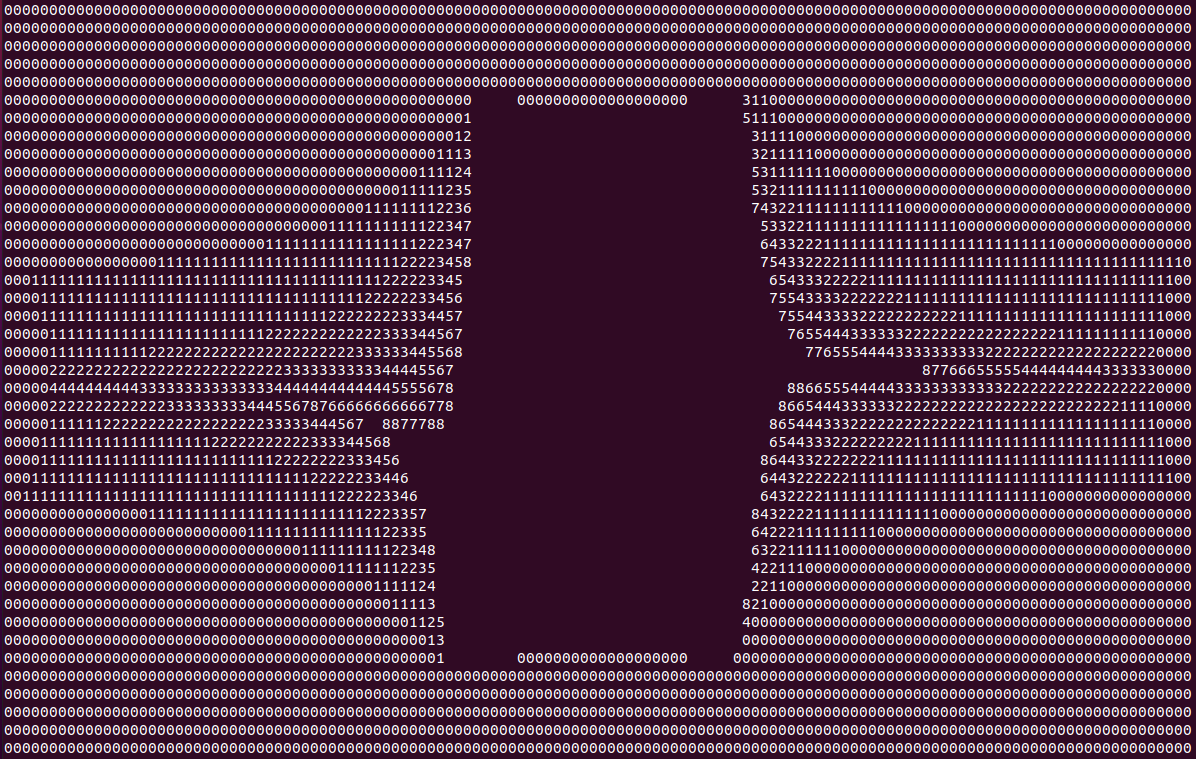 This time with Gigatron 26x15. It takes 2 minutes to draw the screen. 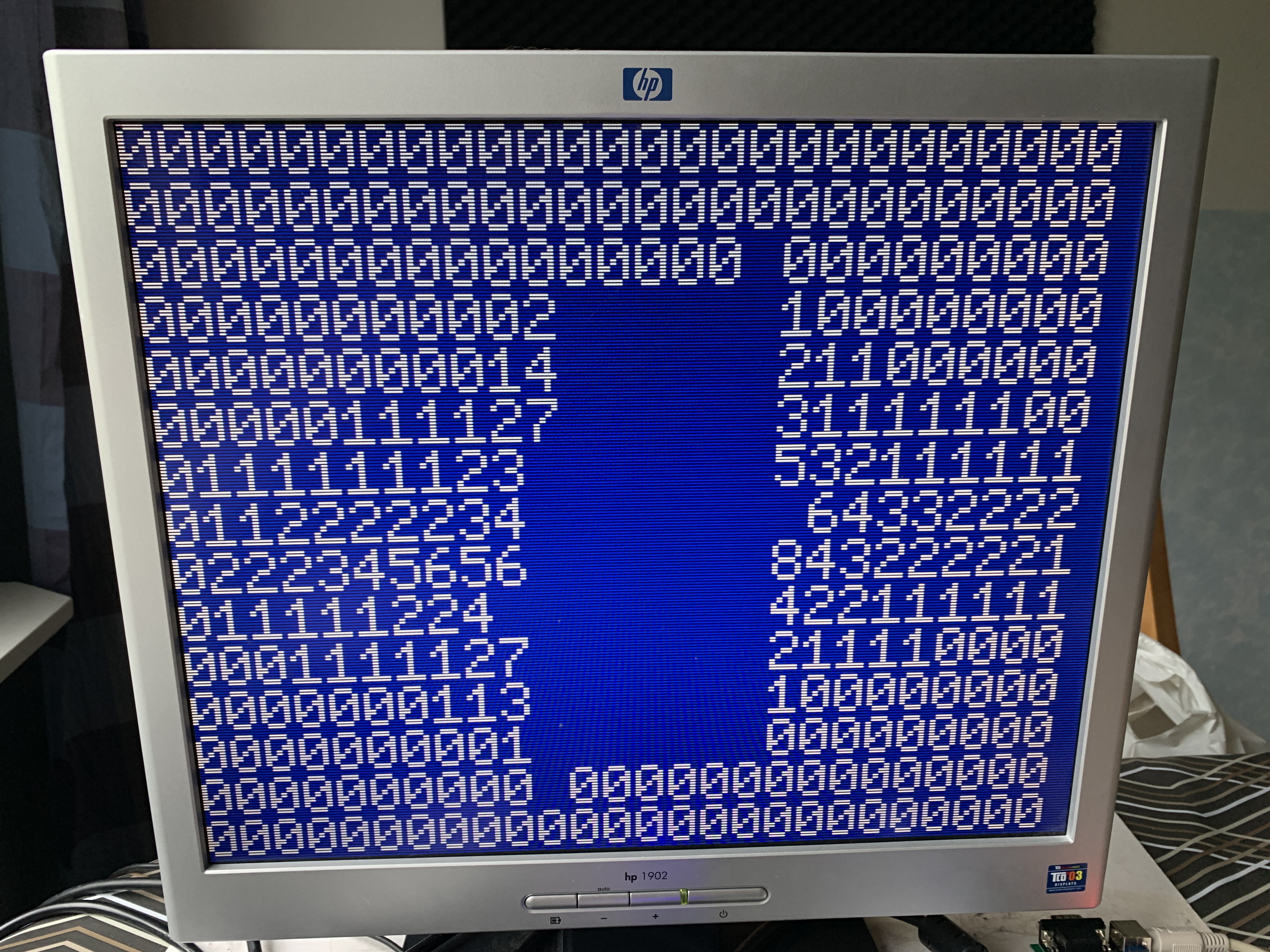 Note: the code above assumes the screen has not been scrolled -- default videoTable.
Otherwise you can include <gigatron/console.h> and call console_clear_screen(void) to reset it.
Top

Note: the code above assumes the screen has not been scrolled -- default videoTable.
Otherwise you can include <gigatron/console.h> and call console_clear_screen(void) to reset it.

Yes logical step is to do next with graphics. I had lot to correct with code and I realized I had to do mandelbrot first to check the functionality of julia. So here is ascbrot.c and ascjulia.c. It takes 3 minutes to draw the fractals.

Development future is in github / veekooFIN 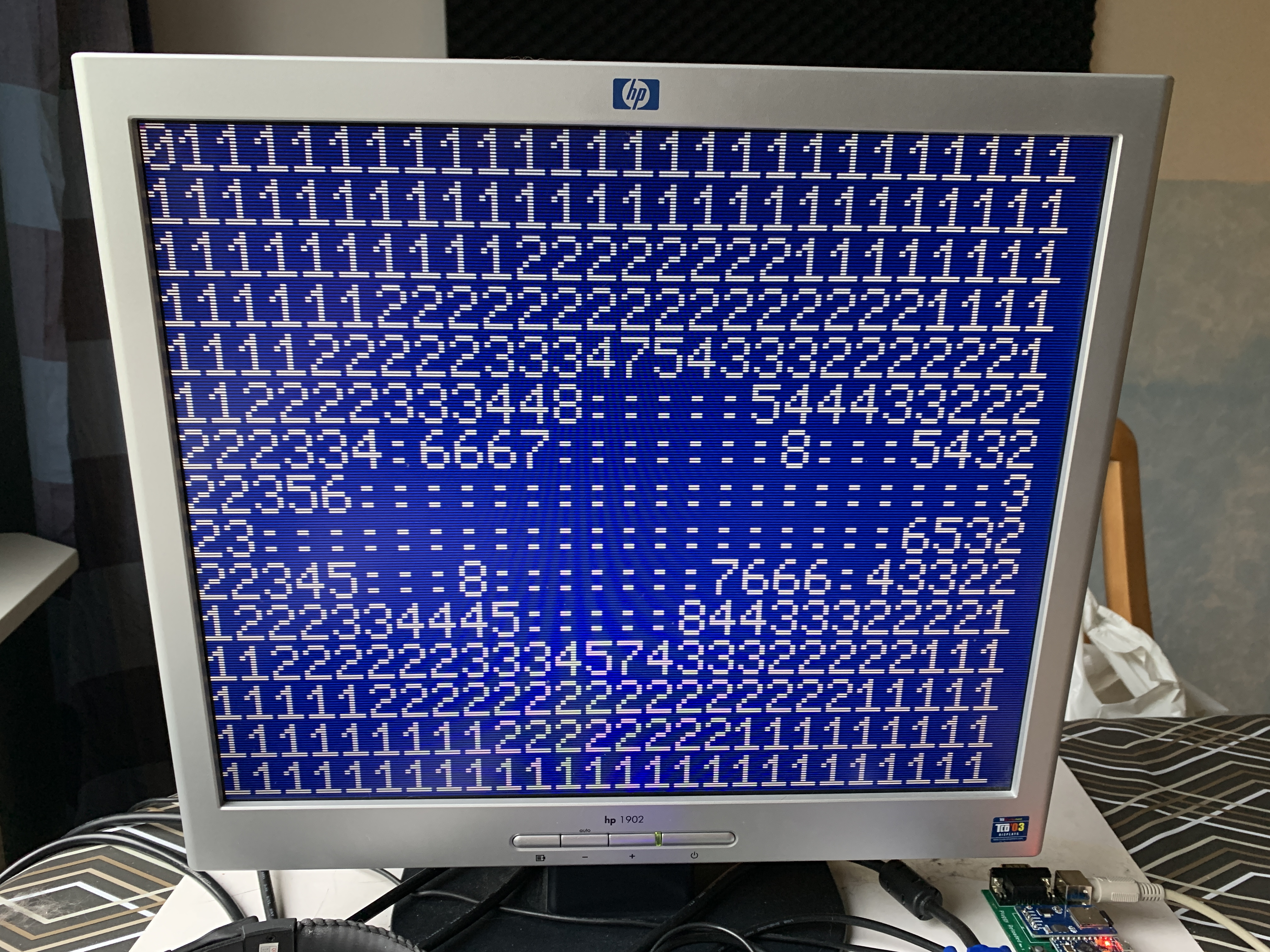 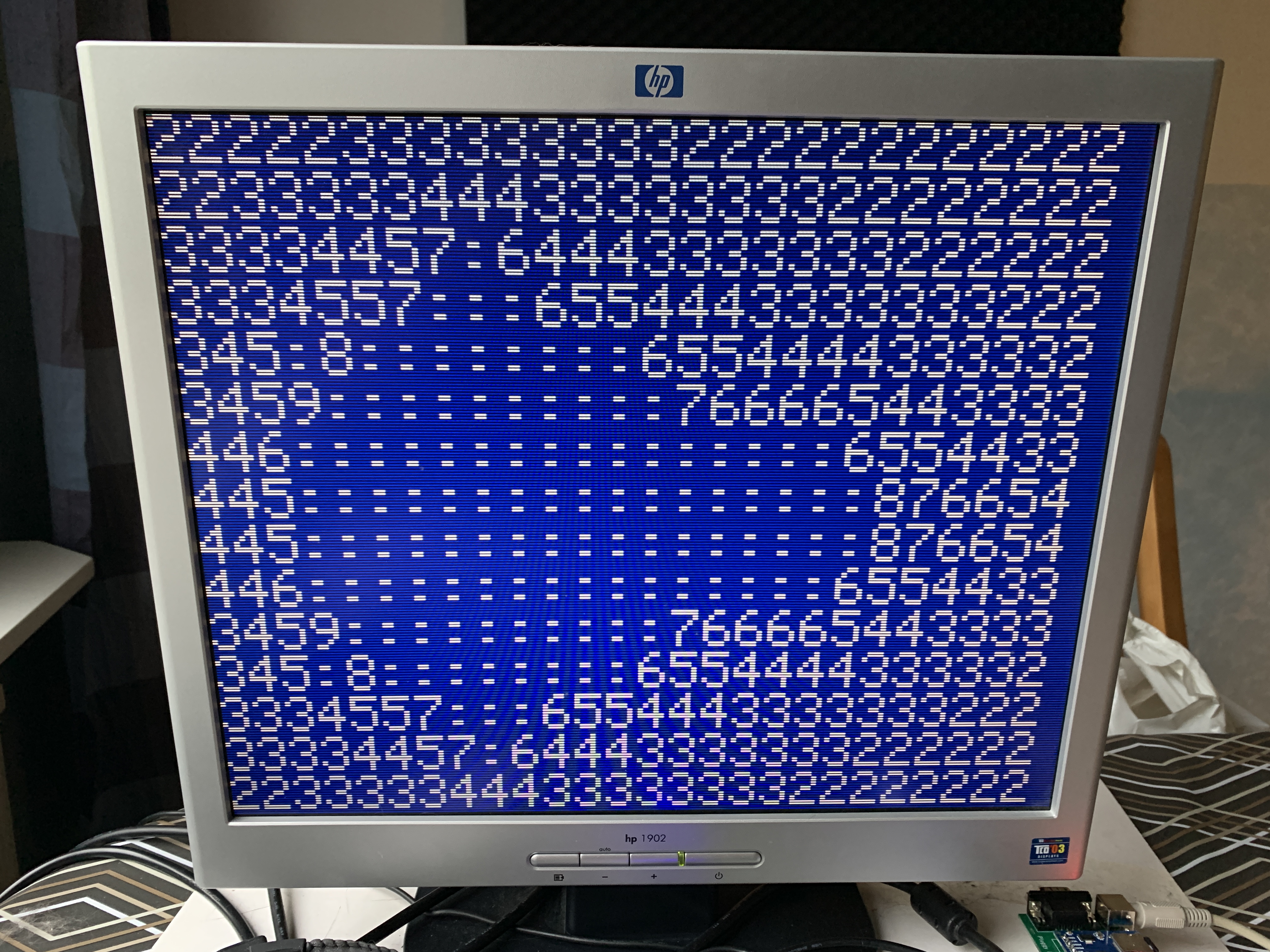