I will be demoing the Gigatron and doing a lecture about it at Neúron space, the Moscow Hackerspace on Monday, September 9th at 20:00 hours.

It was very nice yesterday to meet so many Russian people at the hackerspace. It was extra special to talk about creating a TTL computer in a land where computers were hard to get in the 1970s/1980s and many bright people built their own, just as we did so many years later.

I would really love to be able to build a Gigatron with Soviet TTL chips (like the famous 155 series) but I guess these components are hard to find.

The talk was recorded and will be translated into Russian. Thanks to Pavel Zhovner for all his work!

Here is the slidedeck I used: walter/gigatron-neuron.pdf

I also met Sergey Panarin, who has built an Apple-1 replica (see http://apple1.smartykit.org/). It was built on a breadboard, and Sergey plans on making this into a kit as well - a breadboard kit! We exchanged some ideas and I am curious to see what the final version will look like.

Here we are showing both kits: 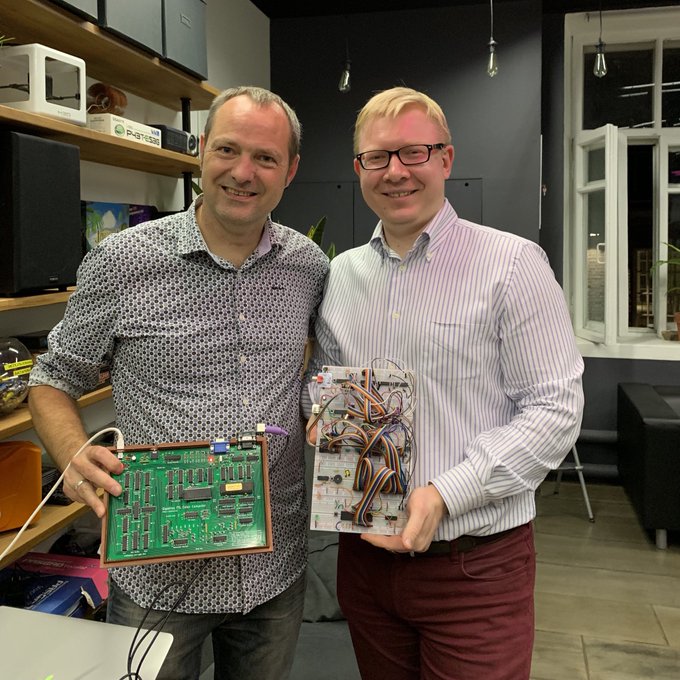 Neuron space has uploaded a video of the lecture I gave: