by marcelk
Those following my GitHub activity may have noted this: 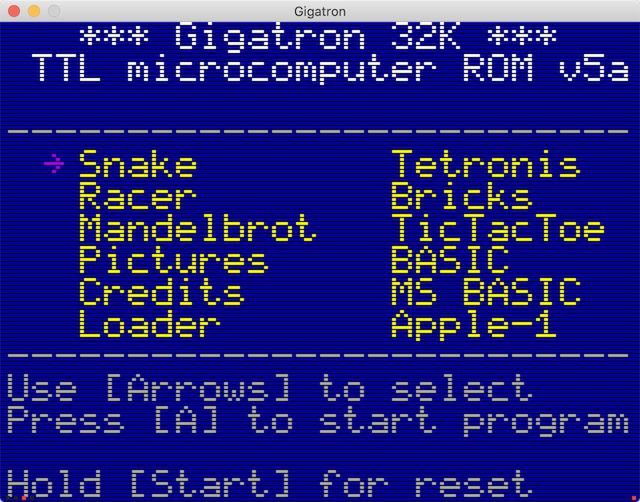 by at67
Look after yourself Marcel, ROM versions and even the Gigatron itself have to come second to your health.

by Dave
Marcel, I'm downcast to learn that you are having to deal with declining health. I hope that the professionals will be able to address the problems and that you return to good health. Know that you have only best wishes from me, and from the rest of the Gigatron community.

by marcelk
I can only hope that the community as a whole gets in better shape again and starts writing cool simple games using at67's gtBASIC. It has been very quiet on the front of user contributions during the past year, all the while the system had all the potential for dozens of original and fun retro games and demos. I wish that with at67's efforts this can finally materialise now that all programming barriers are completely gone. The Gigatron should be primarily about games and much less about becoming some kind of weird PC or an RPi/Arduino.