My Gigatron (from VCFB) is alive

A place to eternalise your Gigatron build photos. From box to BASIC.
Forum rules
Use this forum to show off your build photos. For build issues, please consult the directions in the sticky post on top instead.
Post Reply
2 posts • Page 1 of 1

My Gigatron (from VCFB) is alive

at the VCFB I got my Gigatron kit. 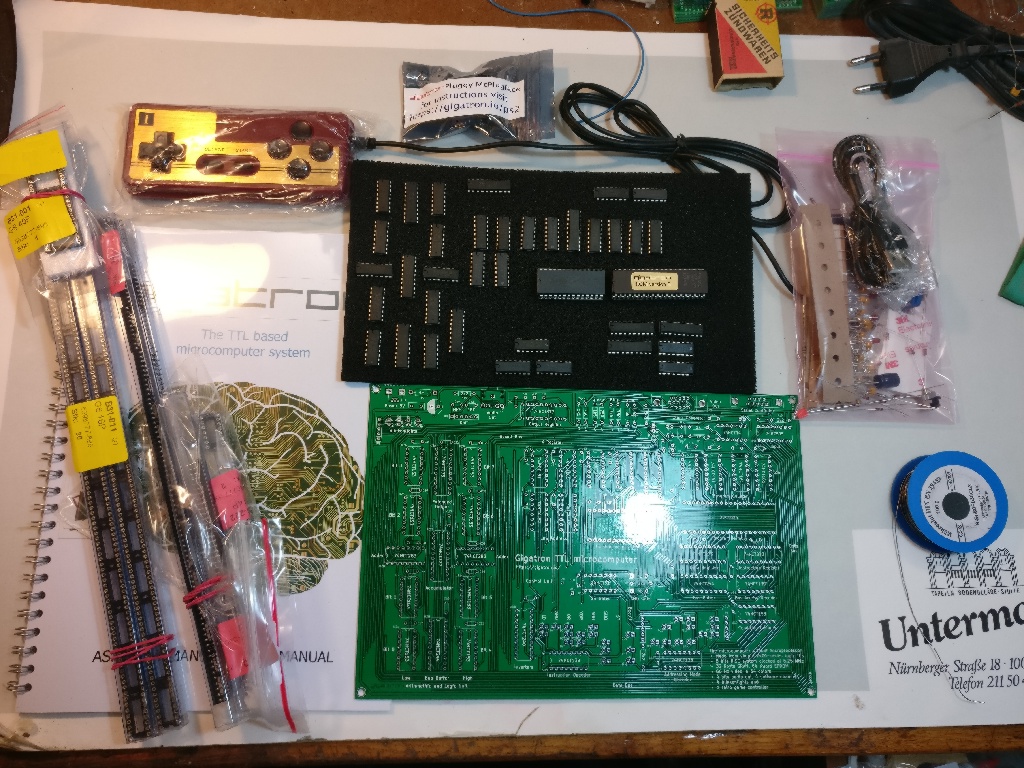 Yesterday I soldered it. I started with the resistors. 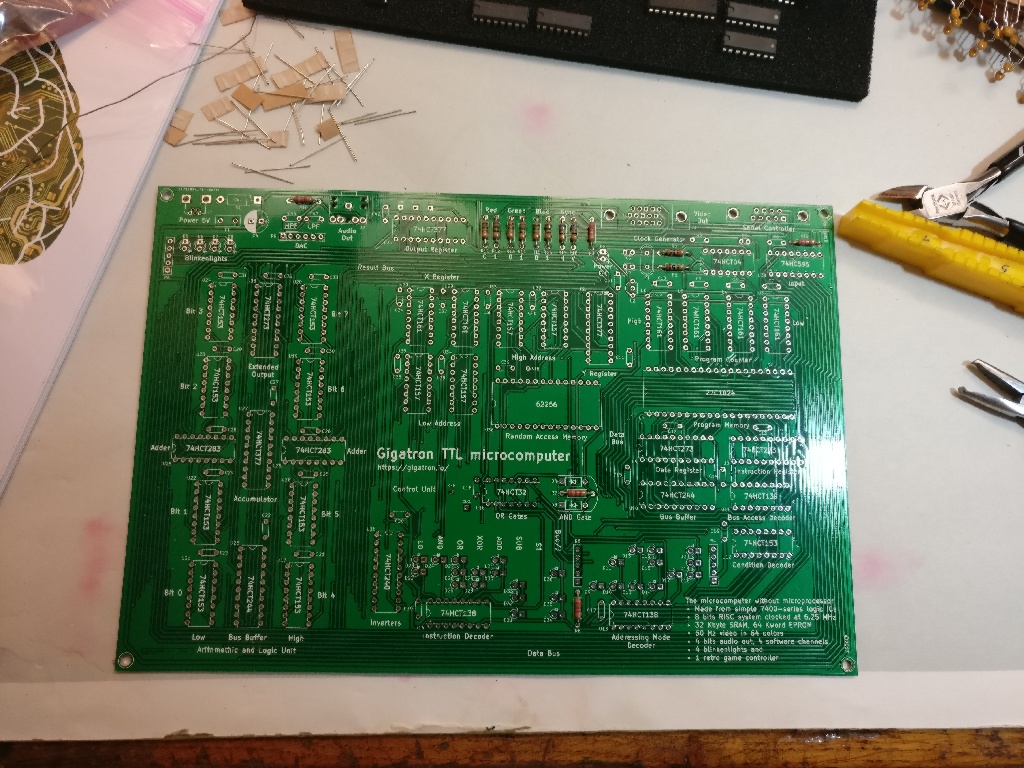 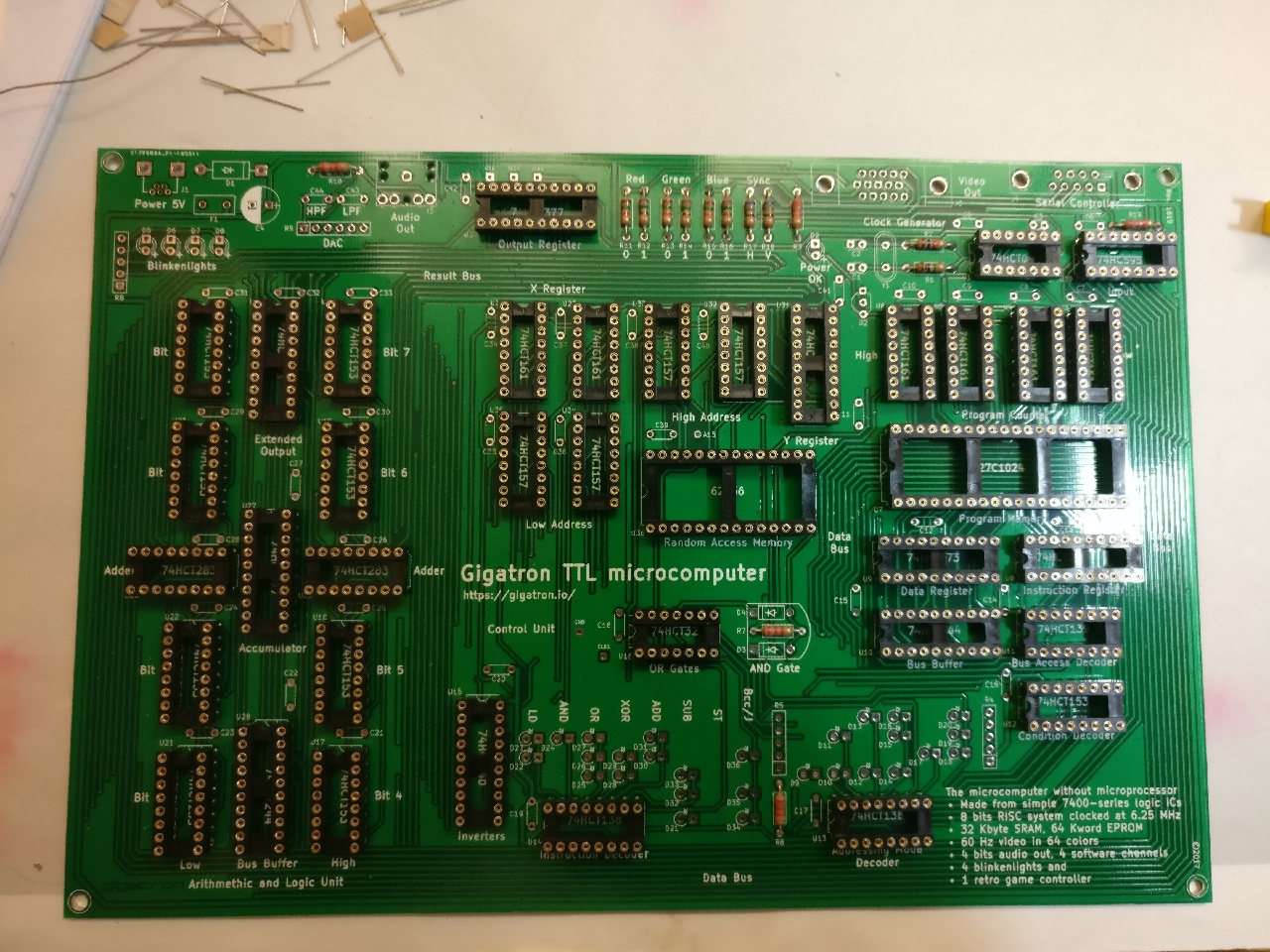 The board is finished. 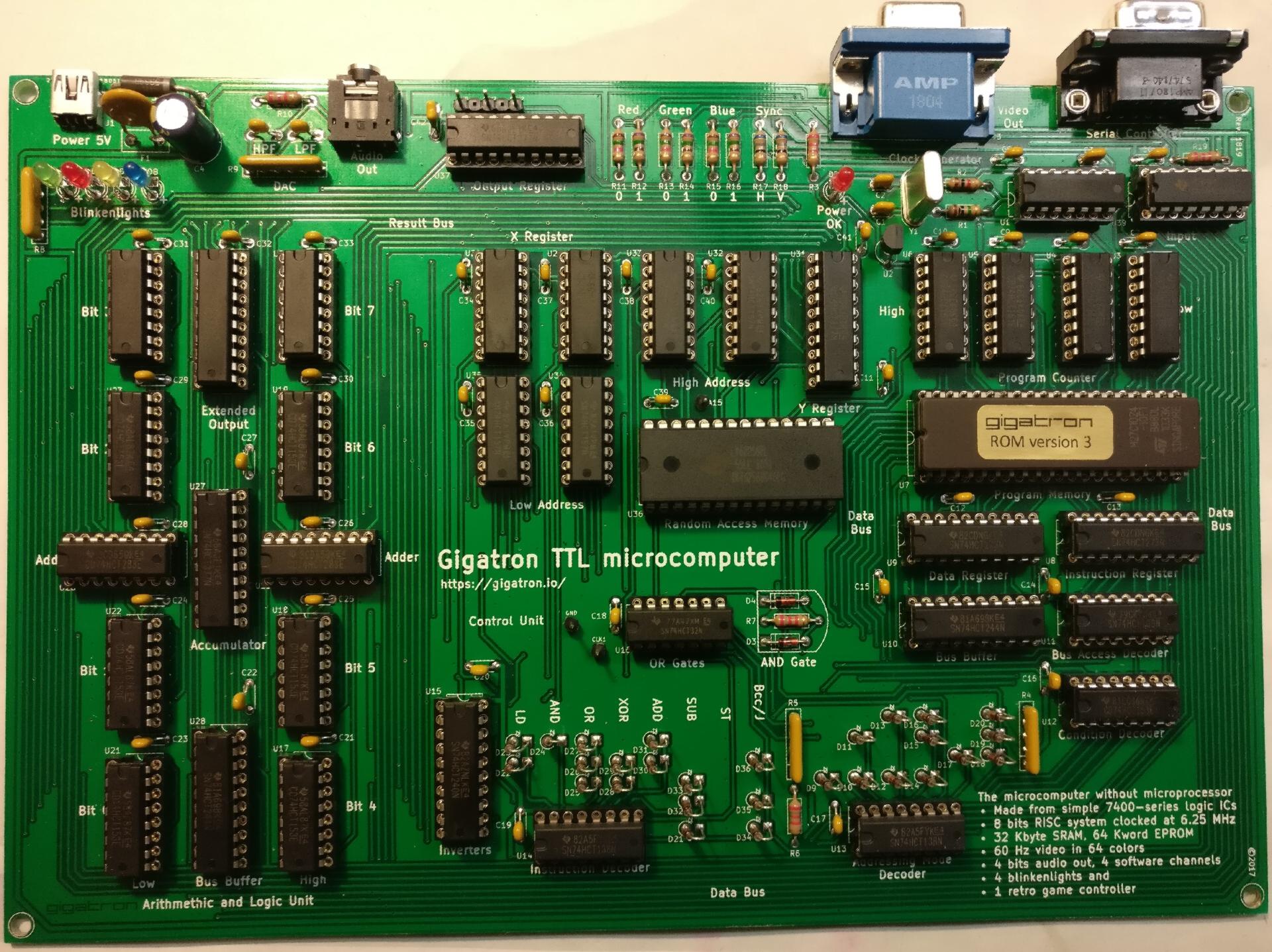 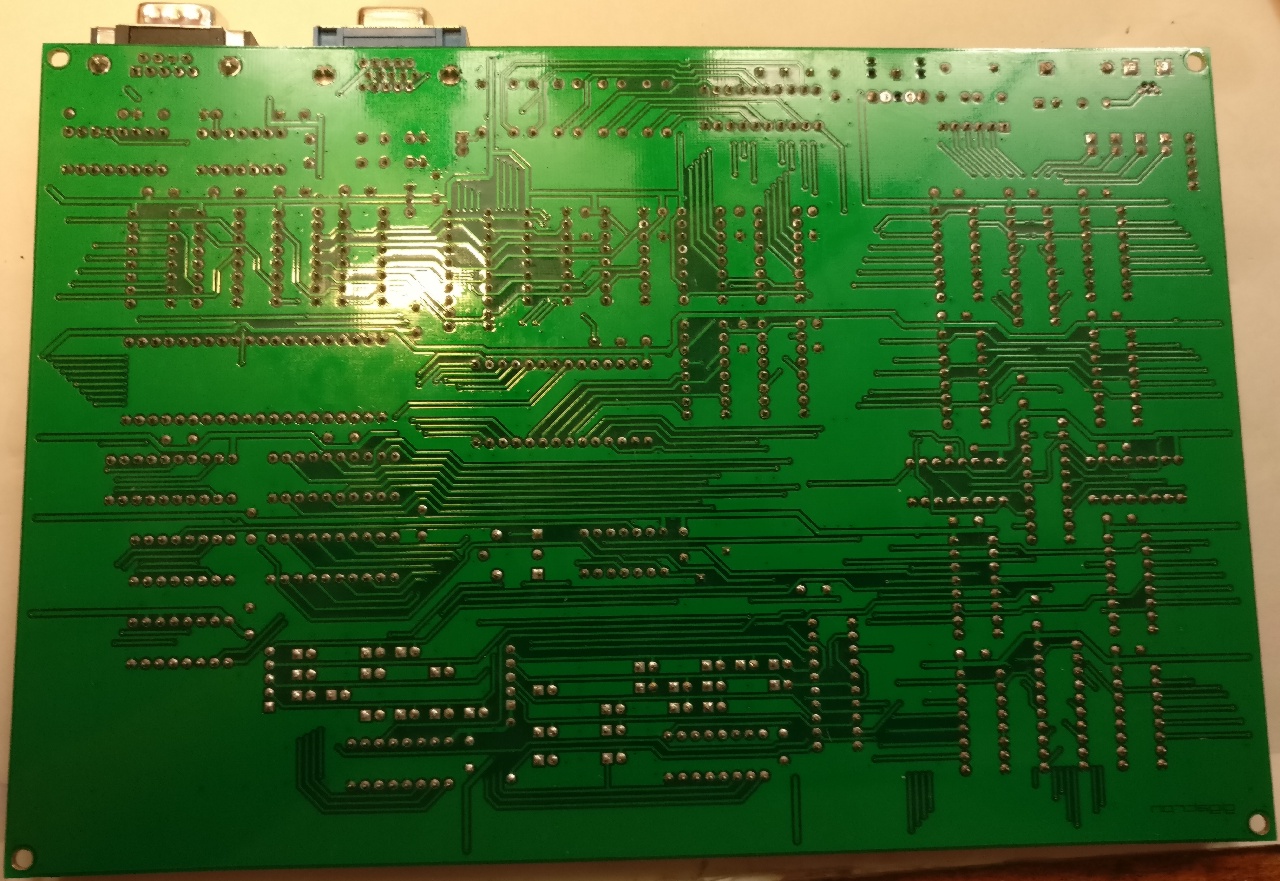 The case was prepared to mount the board. 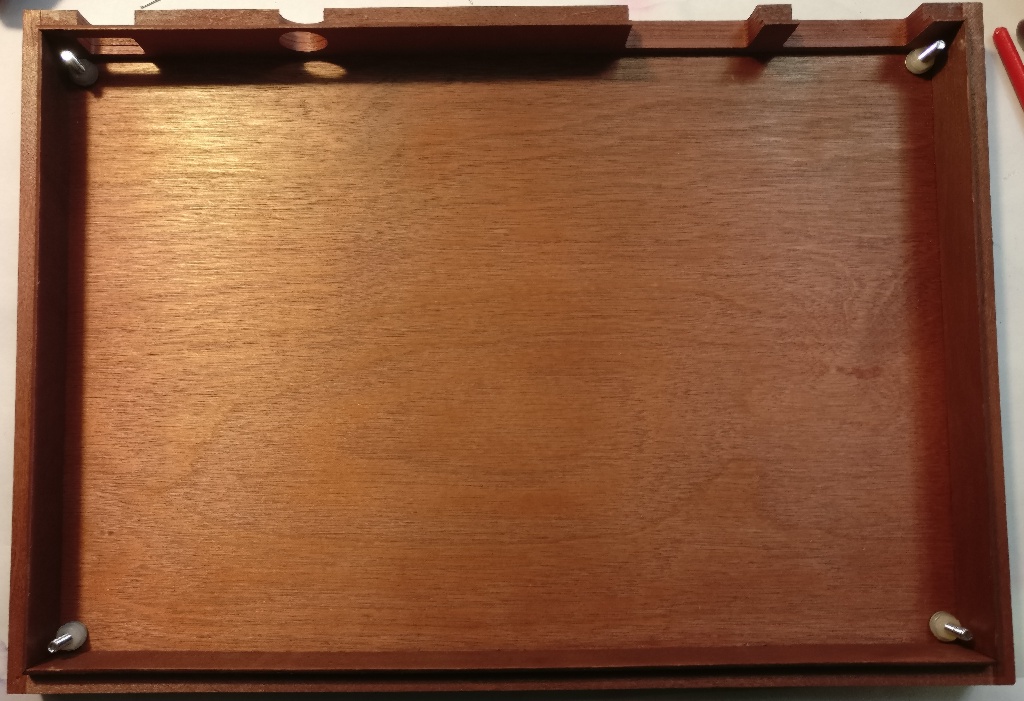 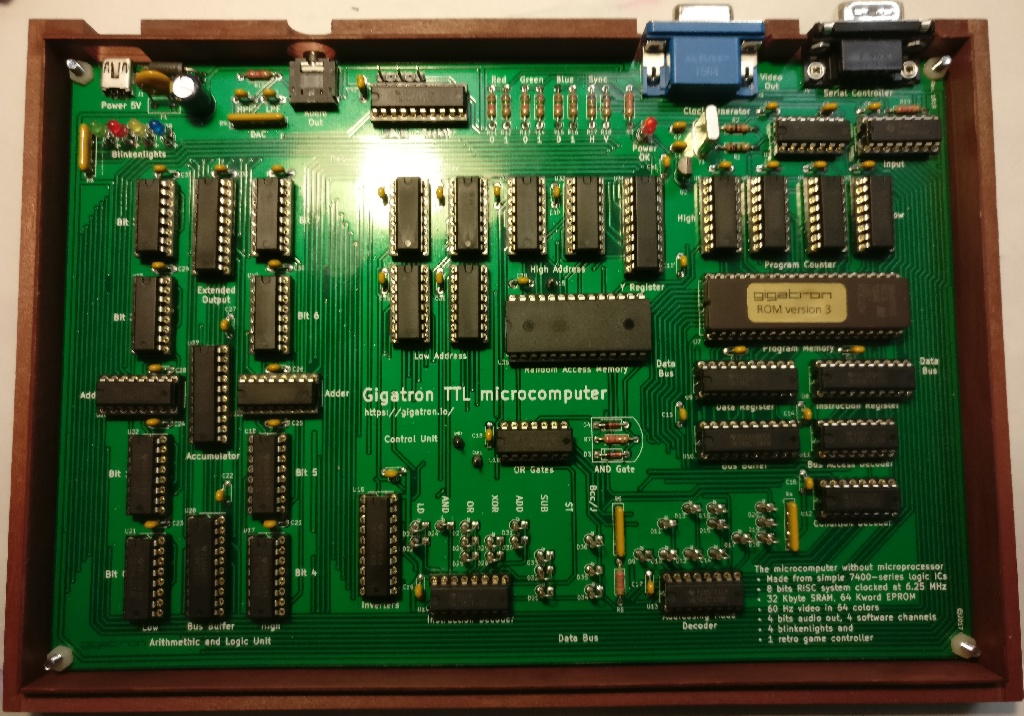 The board was mounted to vertically center the jacks in the case.

I checked the audio circuit and found it to be not ok to have a load of 2 kOhm after the D/A controller 2R2 network which has a source resistance of 10 kOhm. Therefore I removed C43, C44 and R10. Instead of C44 I soldered a series circuit of 47 kOhm and 22 nF. R 10 was substituted by a parallel circuit of 42 kOhm and 1.2 nF.

After that the R2R network is loaded with about 100 kOhm (42 k + 47 k), the source resistance of the audio jack is 24 kOhm and the output voltage is 2 V peak to peak or 0.7 Veff. The low pass frequency is about 5.5 kHz and the high pass frequency is about 127 Hz. The sound is powerfull and ok for me. The input resistance of the amplifier connected to the audio output of the Gigatron should be as high as possible (more than 100 kOhm would be good - I will build an amplifier into a speaker box, I own). 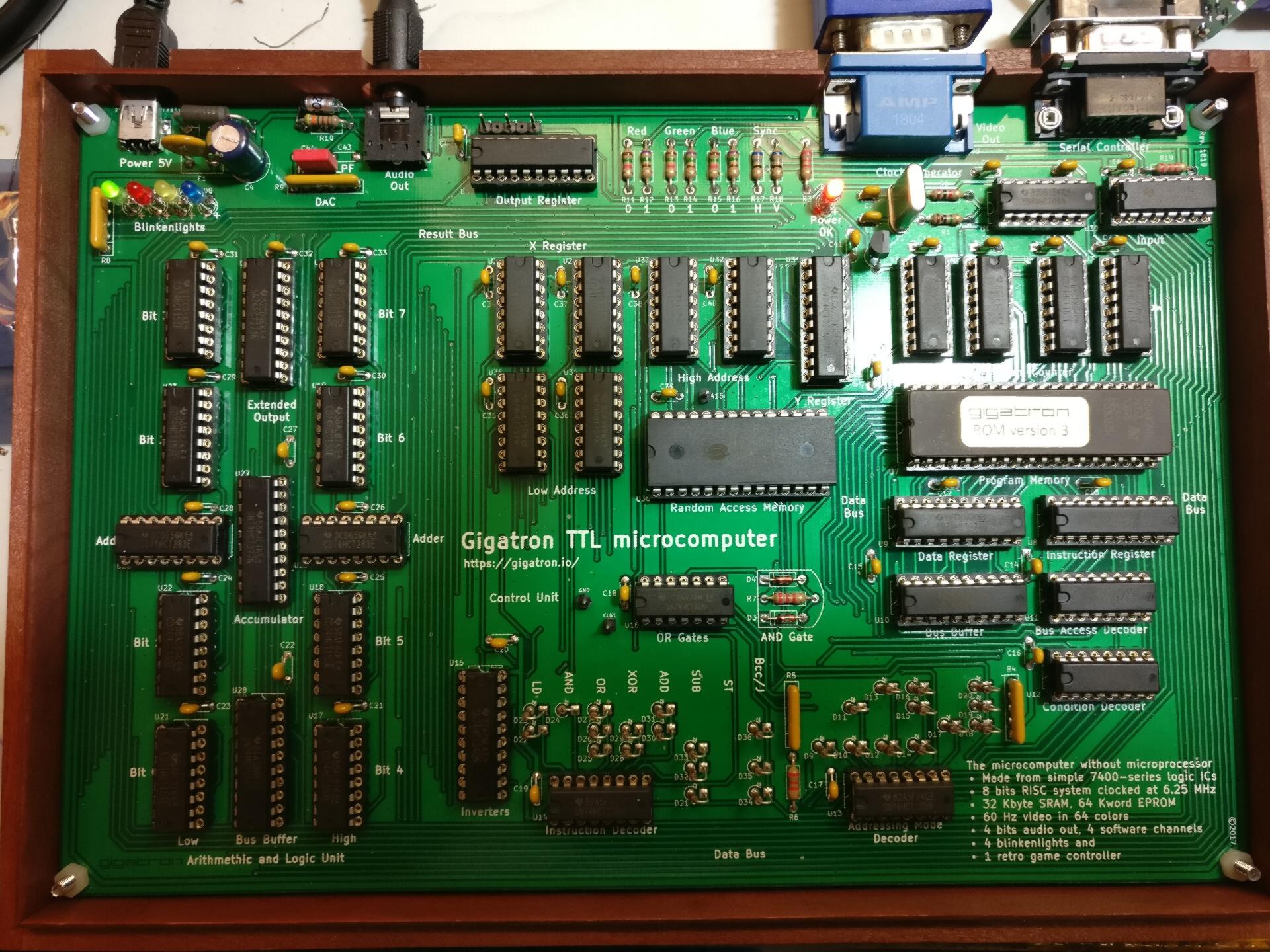 Next steps is to check all the possibilities that are give by a computer based on TTL chips without single chip CPU.

Re: My Gigatron (from VCFB) is alive

Nice work! You obviously have experience

We let the people solder the components starting with the caps, to get some experience with soldering. More seasoned people will start with the low components, as you did. It's nice to see the defails, like lifting the PCB to the optimal position and how you've soldered header pins on the test points.
Top
Post Reply
2 posts • Page 1 of 1