Hi all, I'm going to be proposing a talk on the things I've done with the Gigatron in Python at PyCon UK 2022 in September. I'd be really keen to get your feedback on the proposal. The conference have some guidance on what makes a good proposal here.

The talk will explore technical details, but won't require specialist knowledge. It's likely to touch on:
Top

My deadline is on Saturday, so if anyone has any feedback on this, I'd appreciate it.
Top

It wasn't accepted - although I wonder if it got close, because I'm aware some people got their rejection emails quite a lot earlier.
Top

Due to a cancellation, it looks like I'm now going to be giving this talk. Hopefully I'll manage to pull the bunch of loose ends of my various projects into something coherent in the next month!
Top

Congratulations, would be great if you could provide some sort of link in this thread afterwards!
Top

Yes, I absolutely will. The talks are usually recorded and uploaded to YouTube.
Top

Looking forward to the talk!
Top

The talk seemed to go quite well, all things considered, and I had a lot of interesting conversations around the conference.

The video is here. The time slot was quite short, so I couldn't cover a lot of what I'd have liked to, but I think it was at least coherent.
Top

Nice! Kudos for doing a whole talk with just one slide.
I once did a presentation on TinyBSD, booting TinyBSD into RAM from a 3.5" floppy, then putting in a second floppy holding JPGs of the slides to show. The 486 I ran it on did not have a coprocessor so they loaded really slowly

I enjoyed the talk!
Top

Thanks Walter, I'm glad and relieved that you enjoyed it. I was a bit worried that you would think it was inappropriate for me to talk about your friend Marcel as I did at the end, since I didn't know him beyond a relatively few messages exchanged online. I really do feel a great deal of gratitude to him. 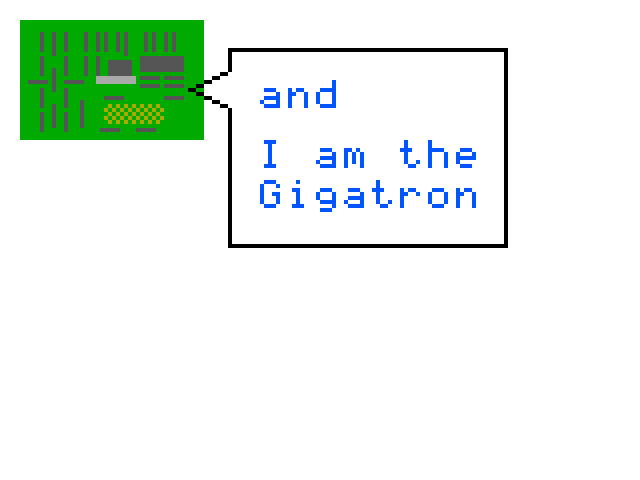 Edit: Oh, and the irony is that one of the things that would have made writing my proto-Powerpoint a lot easier, would have writing unit tests. Especially since one of the themes of the talk was that being able to write unit tests makes assembly programming much easier for me. Of course, in the heat of trying to get things done fast, I didn't do that, and everything took longer as a result.
Top
Post Reply
11 posts